A week with the Baba

Hiiii!  This is Payton, I stole Baba’s computer so I could tell everyone about our wonderful week.  Dada was out of town alllllll week, how could he do that to me?!  Baba tried to keep me busy, she thinks the busier I am the less time there is for me to throw tantrums…ha, jokes on her!  We did tons of fun stuff last week… 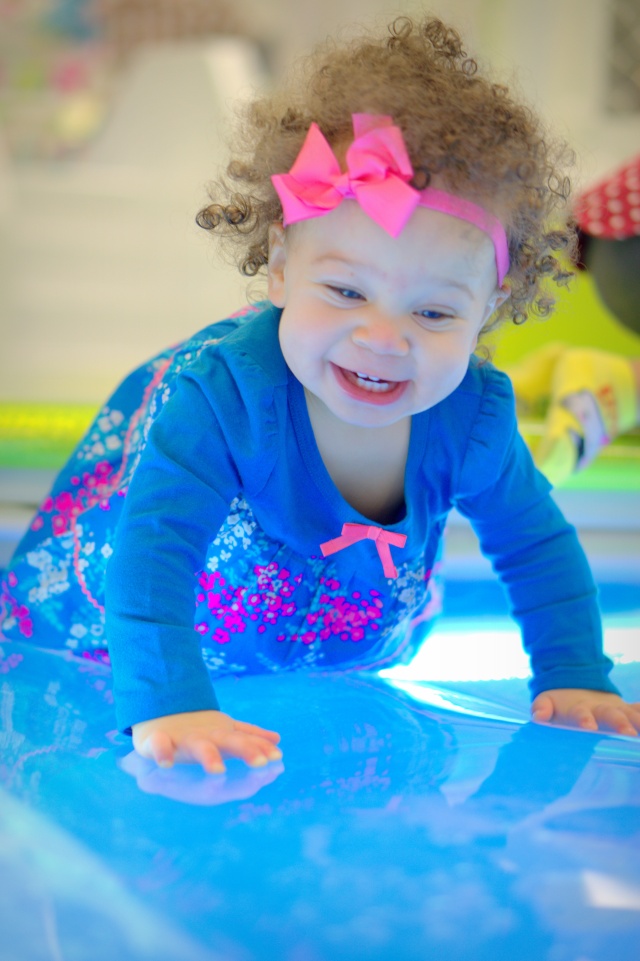 I got to play on a huge water filled table at Wiggleworks…I had so much fun!! 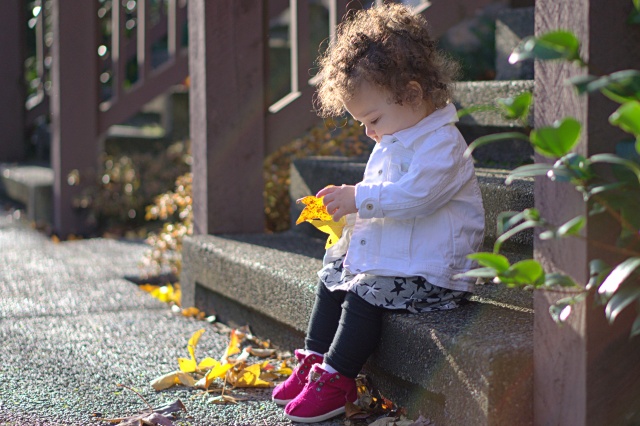 We did storytime at the library but Baba said we won’t be going back until I am a bit older. How could she expect me to sit still and listen when there was a huuuuge Christmas tree full of ornaments right next to me?! Anyways, when we got home I ran around outside until I found a nice leaf to play with, she said this was the longest I had sat still all day!

Baba said we could go outside and play again if I wore my hat. I…HATE…HATS!! And no my dolly isn’t dead!

One of my favorite places to read.

I played with this sticky stuff at the Kids Museum, I think they called it floam. I thought it might make a yummy treat but Baba wouldn’t let me eat it.

This was one of my most favoritestest of mornings of all…toddler time at the Community Center! 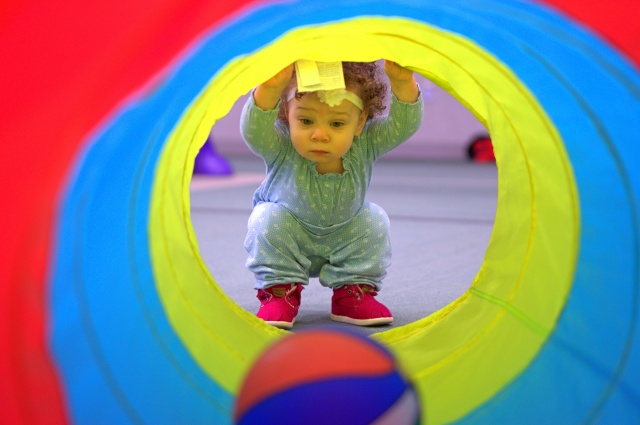 Baba wanted me to crawl through the tunnels so bad but I just wouldn’t do it! She even put my ball right in the middle…that fool thought she could trick me into going in!

I had my frist PB&J, it was soooo good! I wish I could put them in time out…how could they have kept this from me for so long?!!

It was a fun week with Baba but I was sooooo happy when Dada got back!  I have the mostest fun when we play hide and seek and he chases me around the house and he sneaks me little tastes of the stuff Baba won’t let me have and and and I just missed him is all!

We have grown from a family of three to four! I am a full time wife and Mommy, and a part time Registered Nurse in a busy Medical Cardiac ICU. My hubby works at Microsoft...that is what brought us to Seattle. We have the most adorable little girl...born October of 2011. Plus we have a new little bundle of joy in our life, our little prince was born February of 2014. We live in Issaquah, WA, about 20 minutes east of Seattle...though we are true Texans at heart. I am just trying to capture those every day moments so we will have memories to last a lifetime.
View all posts by JulesJ →
This entry was posted in Uncategorized and tagged 1 year old, 13 months old, baby, Family, favorite things, Kids, Life, little moments, motherhood, payton, toddler. Bookmark the permalink.

2 Responses to A week with the Baba